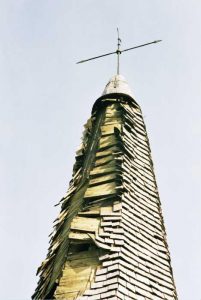 On Wednesday 15th October, 2003 at around midday, the church spire was struck by a lightning bolt. The lightning destroyed the tiles on the spire, passed into the church and a fireball exploded, which could be heard for some distance around.

Four fire engines attended the scene and discovered that all but one of the ancient windows had been blown out. They quickly dealt with a small fire in the spire and a number of hotspots within the roof space.

The church rector, Canon Colin Fowler, said that “it was not the fire that caused the damage, it was the explosion in the church itself that blew out the stained glass windows. Fortunately nobody was in the church, as they definitely would not have survived.”

The one remaining window was laid out on the grass outside – but the next morning it had been stolen. 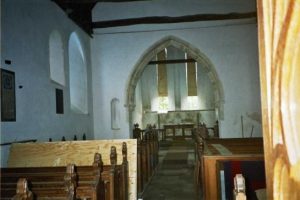 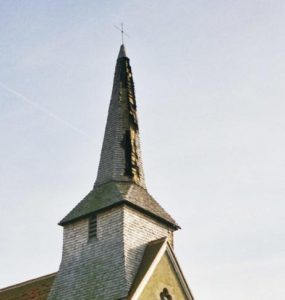 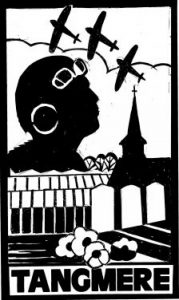